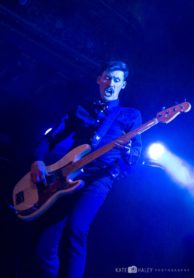 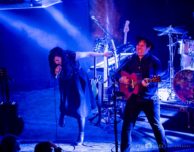 The Family Crest is one of the most impactful San Francisco’s Bay Area acts that I’ve heard in a long while. Nothing I can write here will sum in up so just check out a show (and say “hi” if it’s in SF as I’ll be there).

You could say that the Beatles produced the Ten Commandments of rock-and-roll with Sargent Pepper’s and that can’t ever be touched. I tend to agree and I’d argue that The Family Crest issued the primer on passion in their Beneath the Brine release. The War: Act One, which debuted tonight at The Great American Music Hall, is taking it all further.

I have an 8 year old who’s my near-constant side-kick. There’s rarely a morning that I’m shuttling him to school when he doesn’t request hearing Williams Dirge>Howl. There’s nothing like that little voice, issued from the car seat behind me, asking for beauty and something to boogie to in the Half Moon Bay fog. I love these mornings with the singing and car shaking dances. The best I can do as a parent is to help him discover it’s all about the energy and the orchestration thereof. For once, a solid parenting win thanks to The Family Crest.

My introduction to the band was from NPR’s Tiny Concerts. It’s been love as “Who did THAT?” first sight/listen. I’m so grateful for all they do and can’t wait for the next show.